This week we are looked at another American household entertainment favorite – The Oscars – to see how TV spend drives attention on the small screen. Though the Oscars audience was smaller than the Super Bowl, it is still considered a marquis live event for advertisers where 30-second spots cost up to $2.8 million.

Using AEROS Attention Analytics, we looked at some popular brands, as featured on AdAge, to see if attention rates on ad units that ran on the Yieldmo Marketplace were lifted before and after the Oscar Broadcast. 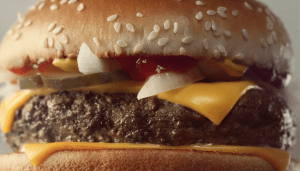 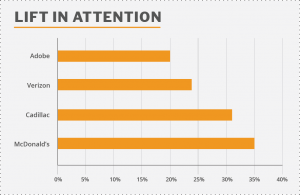 *Yieldmo’s attention rate is calculated based on a number of attention signals which include gestures such as phone tilts, scrolls, and touches of the creative format. Our analysis does not reflect the overall or relative ranking of these ads, but rather a small sample of the active campaigns that met criteria such as being active on the Yieldmo Marketplace for periods before and after the Oscars.

According to our marketplace, advertisers who invest in live events get rewarded beyond the one spot with higher consumer attention for subsequent airings. Though the Oscars aren’t quite known for the sport of ad-watching the way the Super Bowl is, bolstered TV ad spend paired with interesting creative still made a difference for national brands.